Julie’s was founded in 1974 by two educators, Jean Sullivan, SND and Louise Kearns, SND, who had been working closely with struggling, female-headed families living in crisis at the margins of society.  Julie’s began as two independent organizations: Julie’s Children’s House and the Adult Learning Program which merged in 1980.  Julie’s Children’s House provided care and educational services to low-income, pre-school age children and their parents who lived in South Boston’s D Street Public Housing Project.  The Adult Learning Program provided adult education and support to poor, female head-of-households in the same community.

In 1986, Julie’s Family Learning Program secured space in the South Boston Boys and Girls Clubhouse, where we operated for 18 years.  During that time, we enhanced our services to reflect an increased focus on college and job readiness, employer linkages, skills to help mothers transition from public assistance to training and employment, and post-employment support.  We extended our children’s program hours, designated a number of childcare spaces for Julie’s working mothers, opened a licensed infant development center, and added summer programming. In 2004, Julie’s moved into our own facility on Dorchester Street in South Boston and became a 501(c)(3) non-profit organization with a Board of Directors.  We now house all of our services in a building owned by the George Robert White Fund, a trust managed by the City of Boston.

On May 14, 2015, we honored our Co-Founders’ contributions to the Greater Boston community for over 50 years. Honorary Chair was Mayor Martin Walsh and Event Chairs were Josh Kraft, Ellen Segal and Dana Smith. 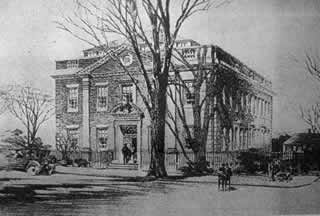 Julie’s is housed in an historic building that began its life as a public health center. With funding from the George Robert White Fund, the facility was built as part of a campaign to provide the city with beautiful buildings to benefit the public.  It was presented to the City of Boston on June 28th, 1927. The solarium on the rooftop floor was used for treating patients with tuberculosis. 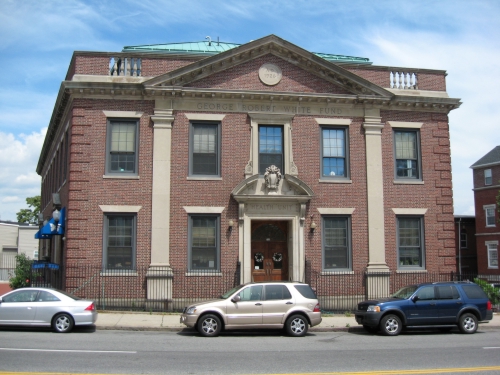 The period from 2003 through 2005 was a very important time of expansion and transition for Julie’s. It was during these years that we became a 501(c)(3) non-profit organization and established our first Board of Directors.  It was also when we moved into our very own building – the first time that Julie’s had its own facility.  After having completed a $3.7 million capital campaign, the building was renovated with the help of the architectural firm, John Catlin Associates & Architects. The architects worked closely with the staff to ensure that the design and space would best suit the needs of the women and children who would be using the building on a daily basis for years to come.

This building is owned by the George Robert White Fund, a trust managed by the City of Boston.